I started taking the kite aerial pictures in Ptolemais in September 2006 on Tomasz Mikocki and Wiesław Małkowski request. It was possible due to my experience in photography with the helium balloon and due to constructing the specific equipment that enable me to take photos from the air. Together with Wiesław we decided that the best solution for taking pictures in Libya would be the kite, because in Libya a wind is blowing a lot. During our 4 missions in Ptolemais it turned out that it was a good choice. It was always possible to take the photos according to our plan. 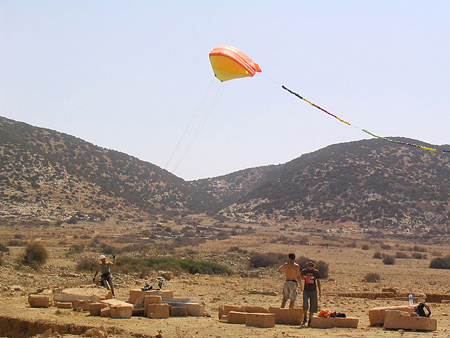 For the kite aerial photography 2 or 3 people are needed: first a photographer, who is controlling the movements of flying camera and who is taking the pictures, second an operator who is controlling the altitude and position of the kite. It is very useful to have a third person who helps in taking care of the camera when the kite is landing. Wiesław Małkowski and Szymon Lenarczyk work as operators of the kite, Zofia Kowarska and prof. Krzysztof Misiewicz also help sometimes.

Thanks to constructing the specific rig which flies under the kite ( using the rope ) the photographer is able to control the camera wirelessly. There is opportunity of panoraming and tilting the camera. It’s possible to take the vertical and oblique pictures. Photographer can see the view from the camera on a LCD monitor. Currently we have two kites. First is a bigger for poor wind and second is smaller kite used when strong wind is blowing. Thanks to a long rope above 600 meters, the kite can fly with camera on the altitude from 3 to 350 meters. 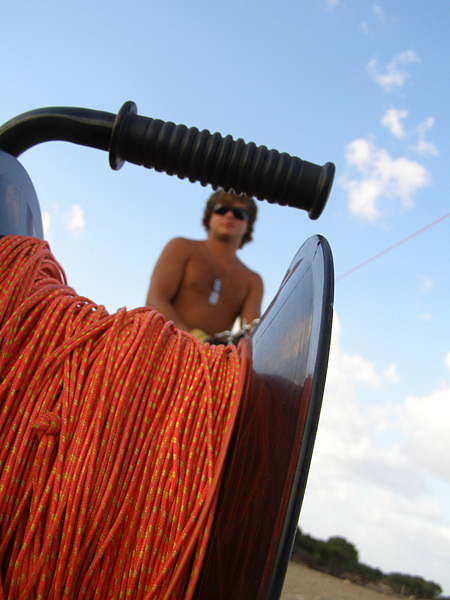 We are trying to document all the ancient Ptolemais from the air. All the most important remains of buildings are photographed in vertical and oblique positions during different seasons. We have documented in detail polish excavations. We have photos that present progression of archaeological works from every season. There are both general photos that present Leukaktios villa in whole and also the photos more detailed which show for example particular mosaics or rooms. 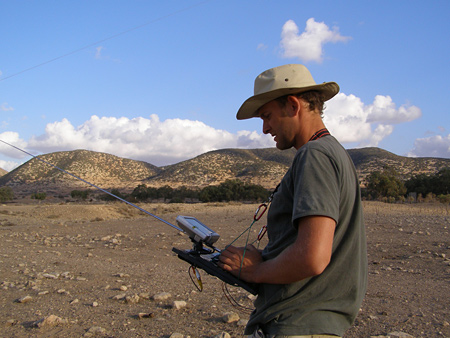 The kite photos are utilized in topographic surveys. Due to total station laser measurements the photos can be rectified and utilized as the photo maps. From this photos also 3d model can be created and Digital Terrain Model. The kite photos are very useful in presentations of a superior layer in geophysical surveys. 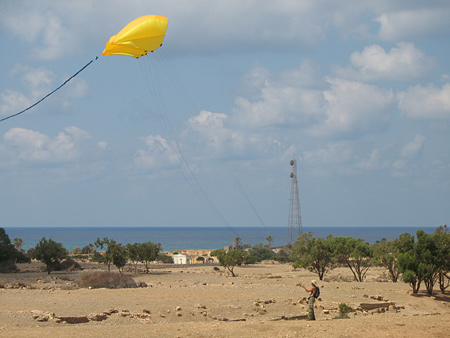 Generally Ptolemais is situated on open land without any local obstacles. Thanks to this fact it’s possible to translocate with a kite on wide area during one photo session. From taken pictures the mosaic of photos and panoramas can be created. Until now we have created the mosaic of the main roads in the city, the central area of the city and west necropolis.

Aerial photos and panoramas can be viewed on: