Profesor Mikocki, initiator and author of Polish presence in Libya, was a great specialist, an exceptional man of so many colors, always indefatigable and full of energy. Owing to his passion, He managed to convince others to believe in his visions, and then brought them to life. He initiated new researches, involved young people, set goals and showed how they can be reached. 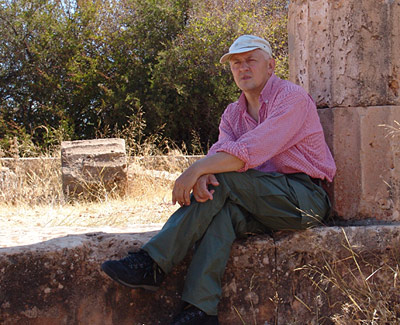 Starting in 1973, his career and professional development were connected with Warsaw University, where He graduated from the Institute of Archaeology in 1978, and completed his studies in 1979 at the Art History Institute. In 1981, He received his doctor?s degree; the doctoral thesis was later published in two books: The Oldest Antiquities Collections in Poland (Warsaw 1990) and A la decouverte de l?art antique. Les voyageurs polonais en Italie dans les annees 1750-1830 (Warszawa 1989). In 1987 He received his postdoctoral degree having published Sub specie deae. Roman empresses and princesses as godesses (published both in Polish and French, completed version in 1995).

These two dissertations determined his further professional interests ? classic sculpture and issues related to the influence of the antique tradition. In his professional life He would follow many threads. On the one hand He regularly took part in excavations: at Novae (Bulgaria), Langres, Saint Emilion (France), Gamsen, Orbe, Avenches (Switzerland), Ceprano (Italy), Nea Paphos (Cyprus), and in 1994-1996 He headed excavations at Haus Burgel (Germany). On the other hand He sought to detail the previously unspecified role of the Antiquity in shaping Polish culture, believing that it above all revealed the longevity and depth of Poland?s roots within European tradition. He served as deputy director of research of the Centre for Research on Antique Tradition (OBTA) for the past 15 years. He quickly became known, both in Poland and abroad, as an extremely active and efficient (from several to a dozen works published yearly) classical archeologist, regularly making his mark at congresses and conferences ? in Koln, Berlin, Palermo, Prague, Los Angeles, Cambridge, Athens, Marburg, and others.

Since He started as an assistant at the Institute of Archaeology, his professional activity was entwined with the fate of the Institute, where He was consecutively a reader (1983-1990) and then professor (starting 1991). In 1998, He received the prestigious Polish title of full professor. In appreciation of his organizational skills He was elected for director of the Institute of Archaeology in 1991, the post that He fulfilled for four consecutive terms. Since 1992 He was also the head-master of the Department of Classical Archaeology. In 2002-2003 Tomasz was the director of the State Centre for Artifact Research and Documentation.

Despite these numerous responsibilities, his academic activities did not suffer ? He held classes, lectures and seminars, which promoted over a dozen M.A.?s and Ph. D.?s. In the past decade his research undertook still new challenges, including initiating the exploration of the von Rose residence in Dylewo (Poland). This helped to reintroduce to the art world the sculptures of Adolfo Wildt ? some works of which were unknown, others considered lost. 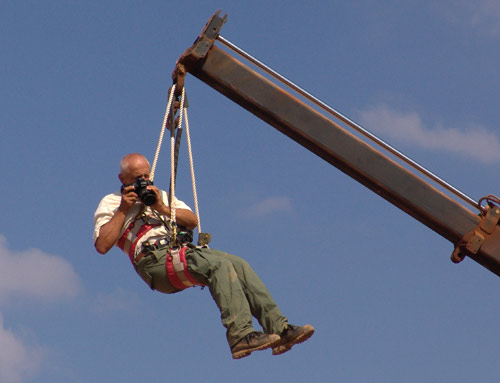 The final stage of his research was focused on Libya. In 2001, He initiated excavations in the ancient town of Ptolemais (Cyrenaica), where after only a few preliminary digs it was clear that the Polish mission had come across an impressive Roman residence. Seasons of further exploration confirmed the initial assumptions. As head of the Polish Archeological Mission in Libya, He organized yearly, or even twice a year, excavations which resulted in many spectacular finds (two-metre-high mural paintings, a dozen mosaics in excellent condition, sculptures and a treasure of ancient coins). In his research He promoted modern, non-invasive methods, inviting experts of various specialties to co-operate. His second main goal, that he started to realize, was the reconstruction of the archaeological plan of Ptolemais: Hellenistic, Roman and Byzantine. His own extensive work and high expectations he set for himself, motivated all his collaborators.

Soon, Department of Antiquities in Tripolis and Benghazi, as well as archaeologists from another missions to Cyrenaica, appreciated Polish researches, the results of which were immediately presented during international congresses (Chieti, Urbino, Coinimbra).

His efforts reinforced the prestige of polish archaeology. Until the end of his life He worked intensively to create the Polish Institute of Archaeology based on the Archaeological Mission in Libya (Warsaw University). Despite the lack of forces and the deterioration of his physical condition He travelled to Libya to create and organize the next phase in the development of the Polish Archaeological Mission to Ptolemais. Until the spring of 2007, we still all had hope that things would turn out the way Tomasz Mikocki wanted, like they always did. We also believed everything had to be alright, that with so many things He still has to do, his time had not yet come. Unfortunately He had not time enough?

On May 26th 2007 a Man passed away. We will all greatly miss him, but we believe in his protection and patronage. However Archaeology, Libya and Ptolemais will never be the same.