In pursuit of ancient Cyrenaica… Two hundred years of exploration against the history of archaeology in Europe (1706–1911), 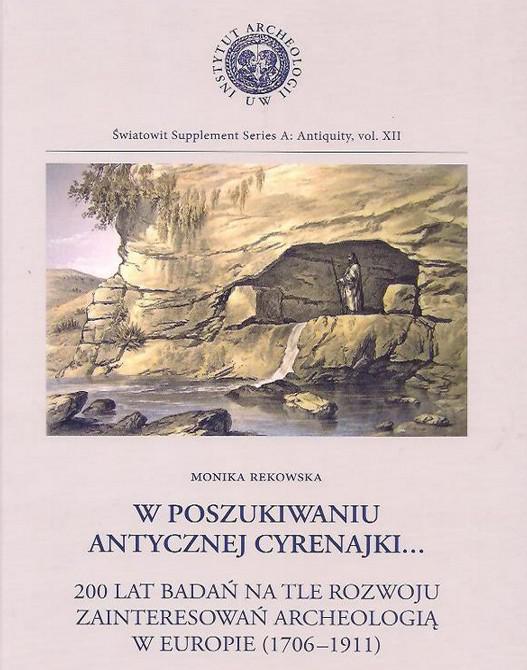 The book is a comprehensive study on the history of the rediscovery of Cyrenaica by Europeans from the eighteenth century to the beginning of the Italian colonization (1911). The work examines travellers’ accounts, reports, correspondence, as well as drawings and watercolors recording architecture and monuments, focusing on an analysis of these documents within the context of their significance to topographic surveys of ancient sites. However, the publication is not only limited to the gazetteer of sites and topographical observations. As the incoming information about Cyrenaica, along with ancient monuments, copies of inscriptions, maps and plans of towns inspired the interest of all greatest European scholars, the book let the reader observe how their studies influenced the formation of archaeological studies within Europe. Thus, the process of discovering the Cyrenaica mirrors the key problems in the development of archaeology including: role of rulers and states in organizing scientific trips, especially  France and Great Britain and later also Italy; collecting of objects for museums, which became leading cultural and educational institutions in Western European countries in the 19th century; development of the idea of archaeological heritage protection in the countries of the Mediterranean; changes in the perception of antique art; development of new documentation tools such as photographic camera used in Cyrenaica for the first time already in the 1860s by Smith and Porcher; and finally birth of scientific archaeology with a rigorous exploration and precise documentation.